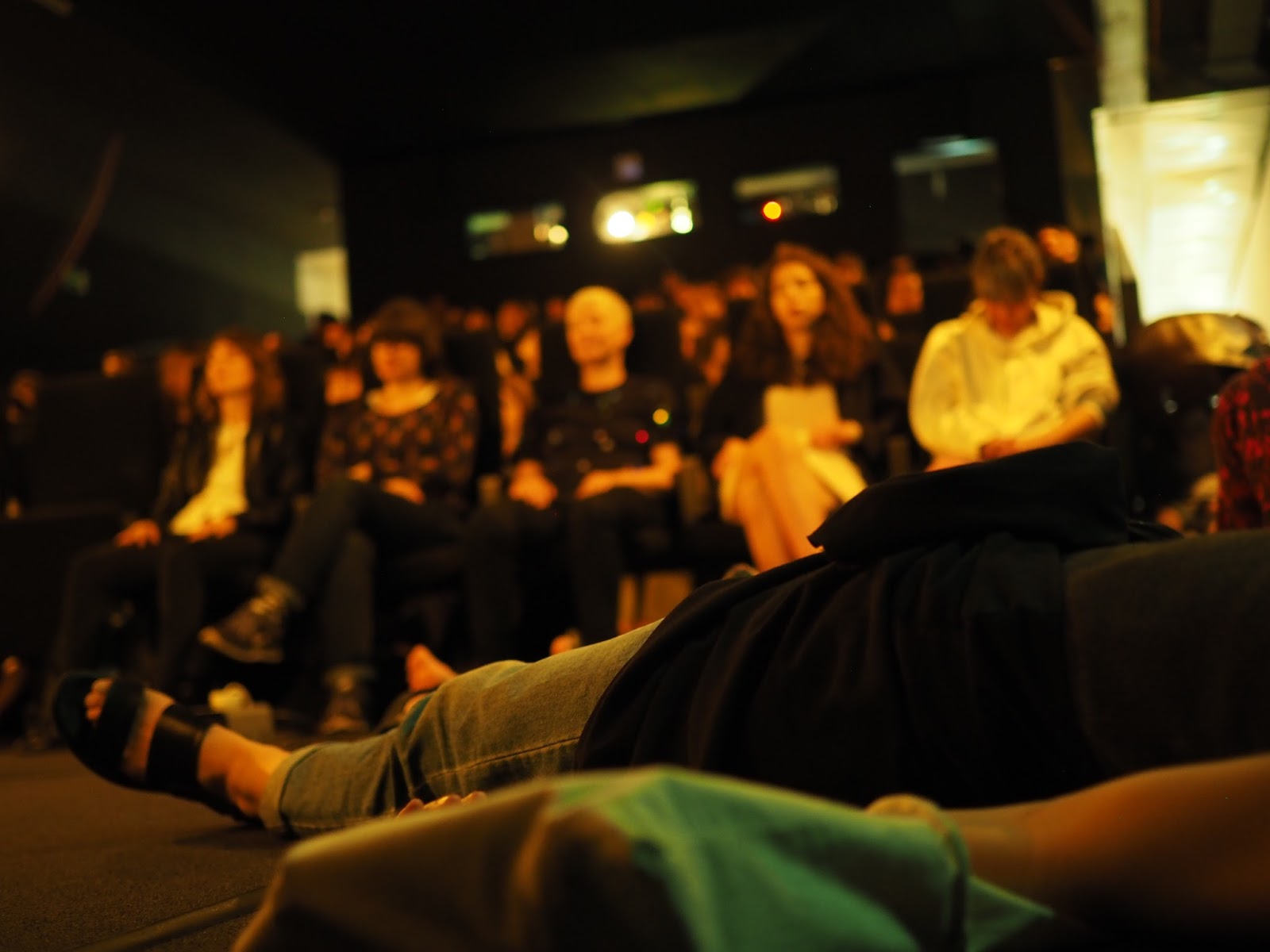 This performance invites the audience to participate in a guided meditation. The journey follows the protagonist arriving in Europe, in Vienna, and making the walk from the subway station to the MUMOK museum and down to the room in the cellar where the real life event took place. All the while carrying a stone in their pocket that needs to be hidden and concealed. The surroundings are described with references that make them a bit alien or strange, as if the protagonist is new to the place. At the same time they recognize themselves as part of the cultural crowd that belongs to this kind of place. The protagonist is constantly reassured that they will fit in and not be noticed, that they are okay. In the end the protagonist takes out the stone and releases its hidden powers.

Your hand goes to your pocket, to the cool, round object.
Carefully you pull it out and keep it in hidden in your hand.
This is it. There will be no turning back. Nothing will ever be the same.

.
.On June 8th 2016 the Phd-in-Practice program hosted an evening at MUMOK in Vienna: